The mission of the Kennett Consolidated School District is to provide a quality education that increases the achievement of every student in order for all to become successful and thoughtful contributors to society.

"Bancroft Elementary School is dedicated to creating a safe and rewarding educational experience for all children. Our goal is to focus on student success by fostering a positive, accepting and supportive learning environment where students are proud of the work that they do each day."

"Greenwood is comprised of hardworking students and dedicated teachers who measure success, not only in high-test scores, but also in lessons learned, problems solved, performances presented and projects completed."

"Mary D Lang Kindergarten Center has a balanced educational program that is focused on the whole child with experiences designed to expand the mental, physical, emotional, and social development of every student."

"Here at New Garden Elementary School we are committed to providing a nurturing and supportive learning environment for students to grow and feel successful while providing an excellent instructional program to meet the individual needs of all students."

"The entire Kennett Middle School staff believes that it is an honor and privilege to educate and care for the most prized possessions of our community, your children. We are a school that creates a well-balanced learning environment with high academic and behavioral standards."

"KHS is very proud of our teams, coaches, and especially our student-athletes. They all do an outstanding job of representing KHS with hard work, dedication and sportsmanship both on and off the field."

This article was written by an awesome sixth grade student, Alexandra Barron.

On the afternoon of the 18th of May, sixth grade students at Kennett Middle School participated in an event: International Day. These students had the opportunity to learn about numerous countries, taught to them by not just anyone, but the school’s proud parents, along with volunteers from the community and different corporations. To further celebrate the event, students received free International Day t-shirts, supplied by Hendrix Orthodontics.

The intriguing and informative event has been going on for six years at Kennett Middle School according to sixth grade social studies teacher Mr. Steve Finegan, and it is popular among teachers, students, and presenters alike. Mr. Finegan, the coordinator, explains that he got the idea from a class that he took at West Chester University, saying, “The class was about designing something innovative… that can be sustained… and putting together a project… that will incorporate a whole grade level.” So, the experience is important for students to expand their knowledge on or be introduced to many cultures.

For Milena Tresoldi, this year was her second time teaching about Italy at Kennett Middle School’s International Day. In heavily accented English, she gave the explanation, “I am happy and proud to represent Italy … It is a great country.” Her children, Anna and Luca, are sixth grade students at the school, and just two of the many students from different countries and cultures that Kennett Middle School is proud to have. Each 20 minute presentation was unique. Some included PowerPoints, some posters, and some a combination of both. In one presentation, students enjoyed the South African dessert, Melktert. In another, they were shown a Chinese calendar and traditional Chinese clothes the presenter’s child wore as a baby. The different styles of presenters and presentations became more varied as the event progressed, and so it was made even more interesting. Regardless of the style, though, it was clear that each presenter put a tremendous amount of effort and time into providing the students with a learning experience that shows how much they love their countries.

At Kennett Middle School, International Day was an important day, in which students had the privilege of being exposed to and taught about the different cultures surrounding them. When asked why she enjoyed it, sixth grade student Ashley Brown agreed, saying, “So many people from different cultures were talking about their countries… I didn’t know Kennett Middle School was so diverse.” 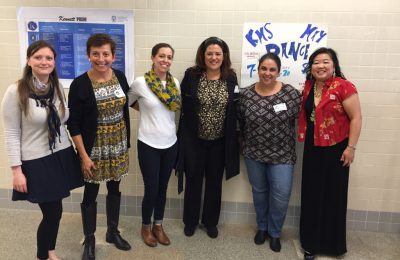 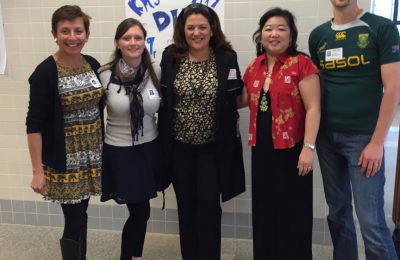 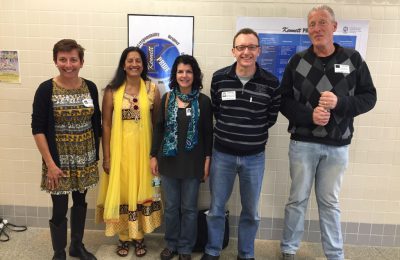 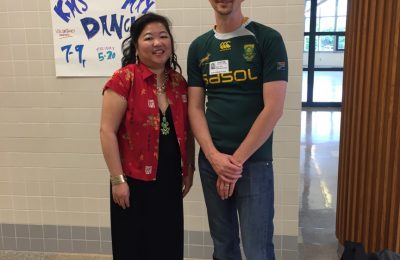